As a kid, one is always intrigued by people of different origins, space, the universe. We question – are we alone here?

The thought of being not the only one in this universe is exciting and scary at the same time.
Rolling back a couple of years, Roland Emmerich directed a movie ‘Independence Day’. It talked about how an alien force visits Earth and targets it’s major cities for a hostile takeover bid. The movie had left an impact on me and let me tell you, it’s one of my all time favorites. Everytime I see the movie, I am reminded of the thought that ‘are we alone in this universe’.

I have come across many articles and documentaries talking about an incident in Roswell, New Mexico in 1947. People believe that it was the first time anyone had seen a UFO which crash landed. They say that in order to prevent the information leaking out to the general public, the US department of defense had it contained in a facility in Nevada, popularly known as Area-51. No ordinary citizen is allowed near that area, not even journalists/celebrities. This deepens the doubt. What’s out there? Did they actually get hold of a UFO? Is the government hiding the truth?

This was just one major case. There have been 100’s of other instances across the globe, including India wherein people have reported UFO sightings. But again, the governments and defense has always suggested that these are nothing more than experimental aircrafts.

Doesn’t it point to something? A conspiracy by the people sitting in the governments of the populist countries. Lies being told by them to avoid public interest in such things, lies being told to keep them away. But, there are people who want to get closer to the real thing, to know the truth about the existence of aliens. Some people have gone far to the extent of having their own laboratories and electronic surveillance devices. 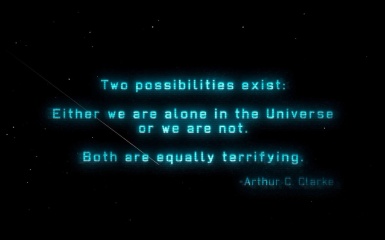 You can’t get the truth. You can’t. There’s a larger truth though that you can’t harness the forces of the cosmos, but you may find somebody else. You may find another human being. That may be kind of corny and all of that, but that’s really it.


The elements of surprise, random acts of unpredictability? If we fail to anticipate in a universe of infinite possibilities, we may find ourselves at the mercy of anyone or anything that can be programmed into our minds.

I believe, there are hidden stories out there and if one does go out looking for one  they might end up believing the lies told.

I believe, THE TRUTH IS STILL OUT THERE.


P.S. – The inspiration for writing this post has been taken from one of my favorite TV series –   THE X FILES.